Clean Water for All Clean Water for All Water is essential, water is life. Many people still do not have access to clean water in remote and poor communities in Bangladesh. The women, children and the elderly suffer the most from the water crisis. Giving water is one of the best forms of service to the needy that one […] 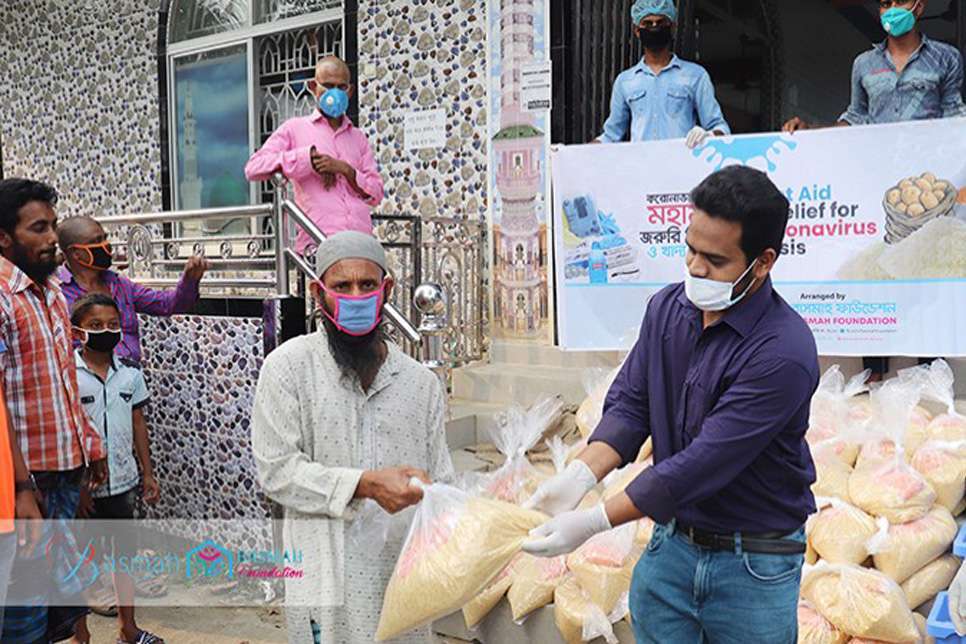 COVID-19 emergency help by Basmah Bangladesh American Society of Muslim Aid for Humanity, USA, came forward to provide assistance during the covid-19 pandemic. The impact of the mass lockdown was severe on the society and economy. The fear of the disease itself, its contagious nature and the unavailability of appropriate treatment grabbed people. The health […] 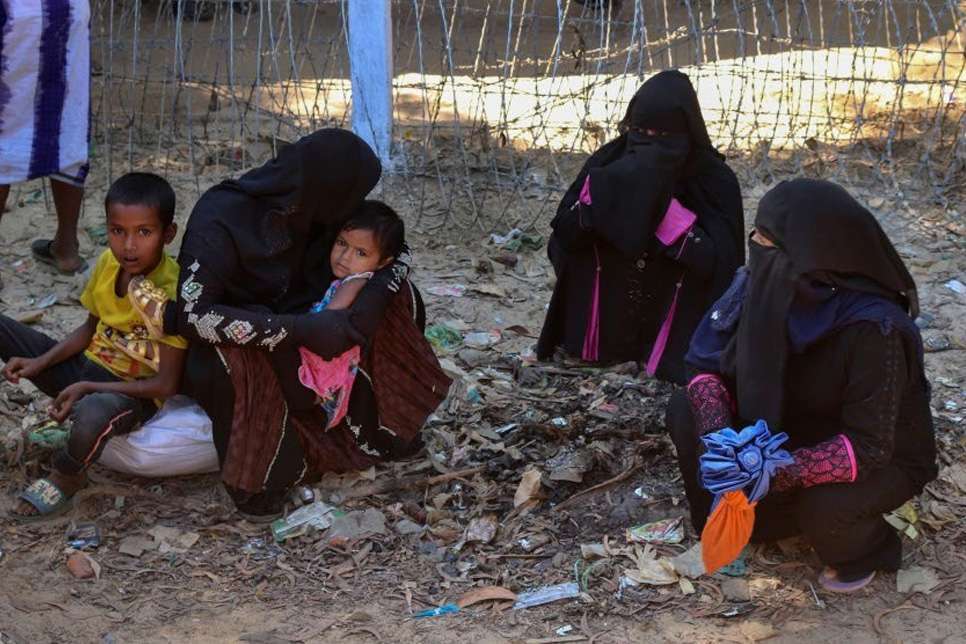 Rohingya Refugees Crisis : Relocation a Solution? By Tahia Asad of Purple Sheek Media Authorities in Bangladesh have begun relocating thousands of Rohingya refugees to an isolated island, however, the island’s accommodation is built to contain only a fraction of the Rohingya refugees. Located 21 miles (34 kilometers) from the mainland, Bhashan Char surfaced only […]

Gender Discrimination Challenges at the Grassroots 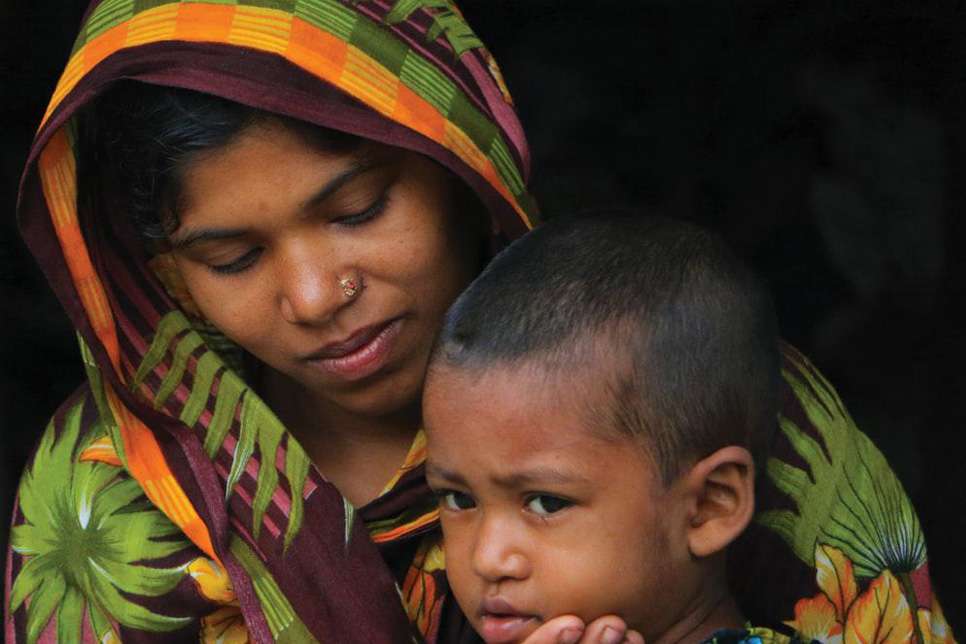 Gender Discrimination Challenges at the Grassroots By Tahia Asad of Purple Sheek Media The ongoing pandemic has incurred devastating effects leading to poverty and unemployment in Bangladesh. Women in Bangladesh remain particularly vulnerable to living in poverty. Socially prescribed roles have limited women’s access to economic resources such as capital, skills, and marketing know-how. Many […] Child Marriage: Effects on a Girl’s Education By Tahia Asad of Purple Sheek Media  Although the legal age for marriage is 18 for girls (21 for boys), child marriage is a common occurrence in Bangladesh, particularly among the poorest populations. According to UNICEF, Bangladesh is home to 38 million child brides. Of these, 13 million […] 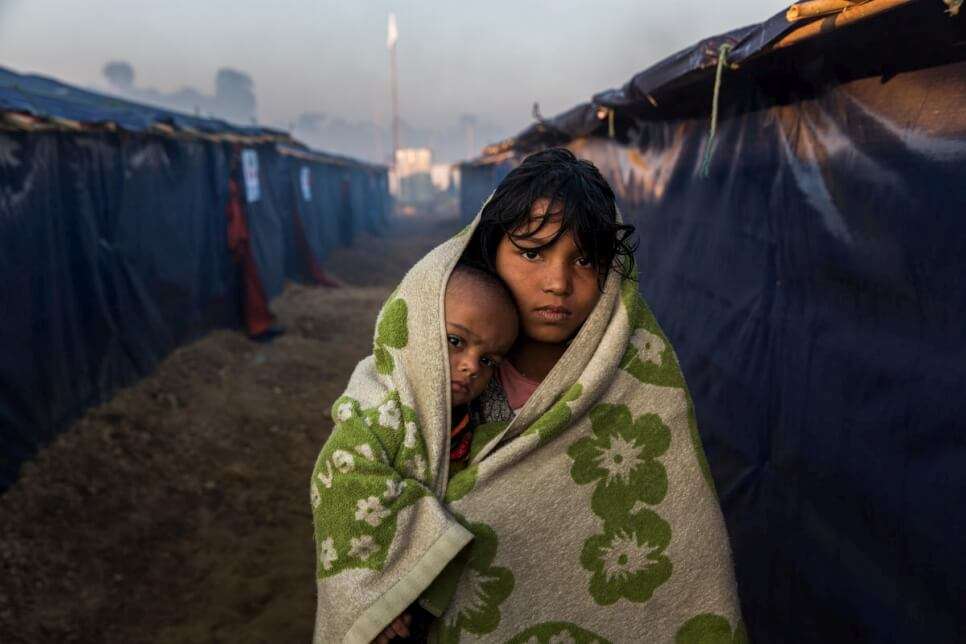 Winter Cloths distribute by Basmah By Tahia Asad of Purple Sheek Media As temperatures continue to fall drastically in December and January, the lack of winter clothes and the shortage of firewood has increased the suffering of the underprivileged in Bangladesh. Winter Cloths distribute by Basmah Bangladesh, a tropical country brings winter for only two […] 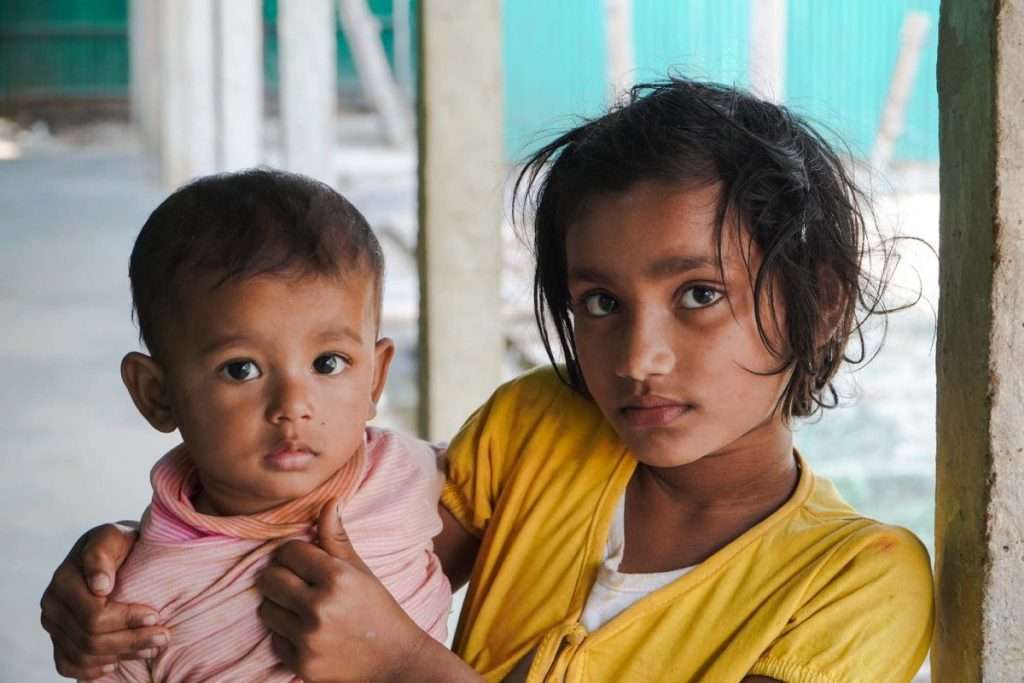 By Tahia Asad of Purple Sheek Media Being home to 160 million people, Bangladesh is one of the world’s most densely populated countries. About 32 percent, approximately 50 million people still live in extreme poverty due to economic inequality. Compounded by fewer lands for cultivation, and climate changes leading to recurrent natural disasters, Bangladesh has […] 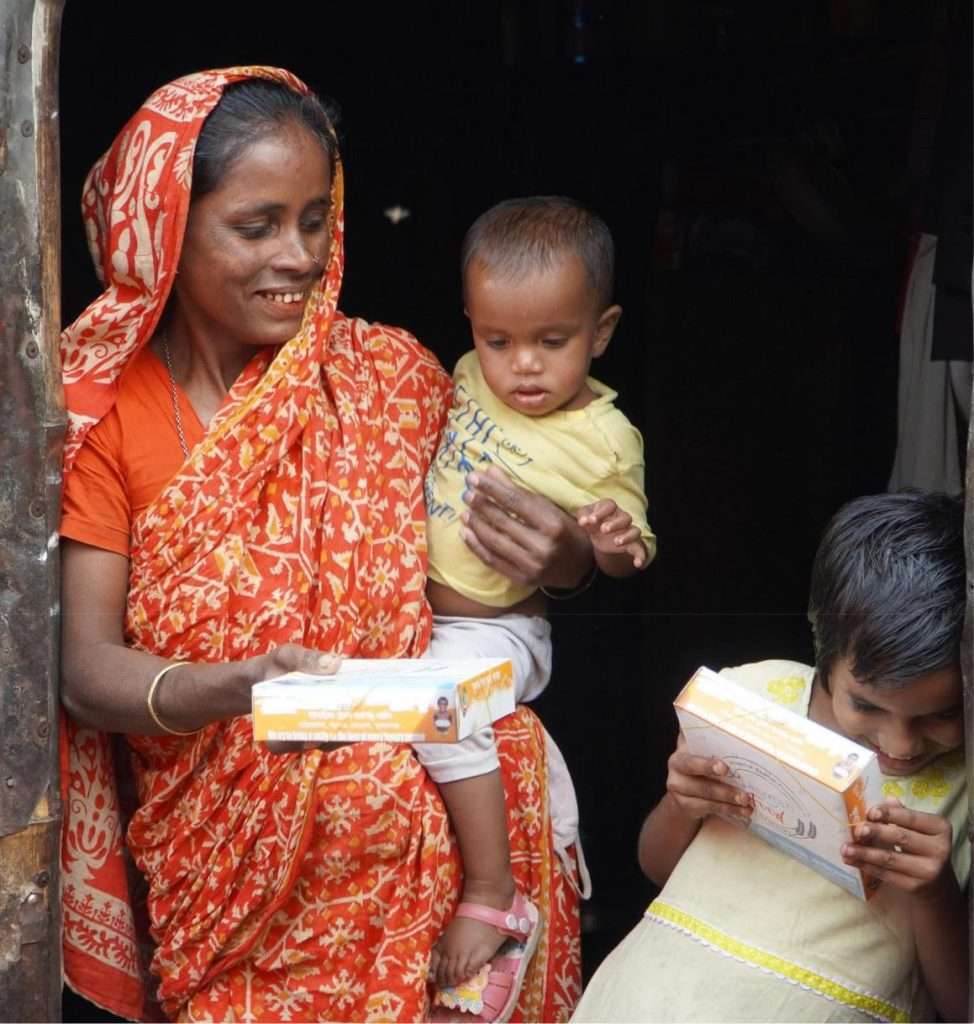 Hunger Facts of Bangladesh By Tahia Asad of Purple Sheek Media Bangladesh made remarkable progress in reducing the poverty rate by half over the last decade. Although the country has improved the status of nutrition of children under five in the past two decades; it still has a long way to go to combat malnutrition. […] 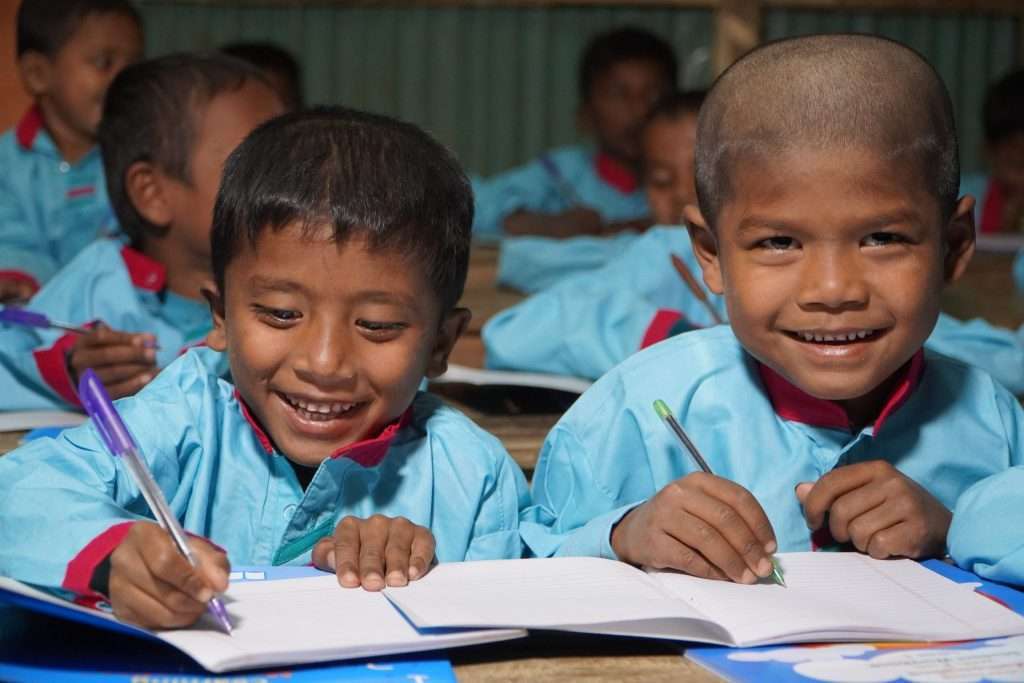 By Tahia Asad of Purple Sheek Media Bangladesh has committed itself to respect, defend, and promote the rights of Bangladeshi children. Yet, despite its promises, the country faces problems such as ineffective services and inadequate measures.) that are currently hindering children from accessing their rights. Education is free in Bangladesh and children between 6 and […] 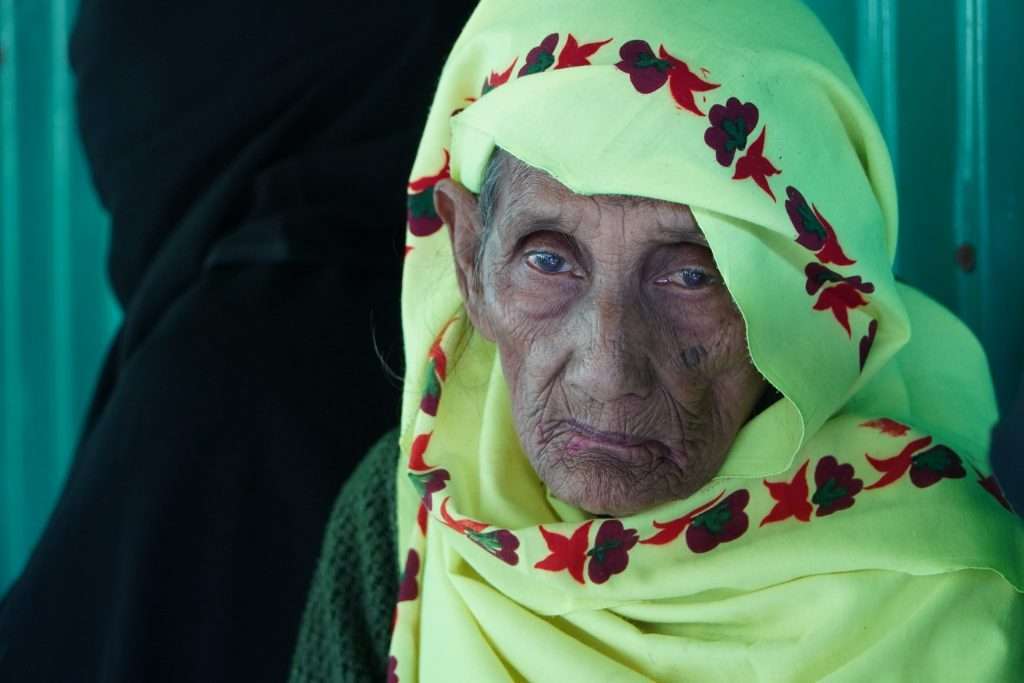 By Tahia Asad of Purple Sheek Media With Myanmar’s military seizing power in a coup against the democratically elected government, the United Nations fears the current coup in Myanmar will worsen the extremity of some 600,000 Rohingya Muslims still in the country. Current Conditions of the Rohingya Refugees A 2017 military crackdown in Myanmar’s Rakhine […]

Ten Hadiths on the Importance of Charity 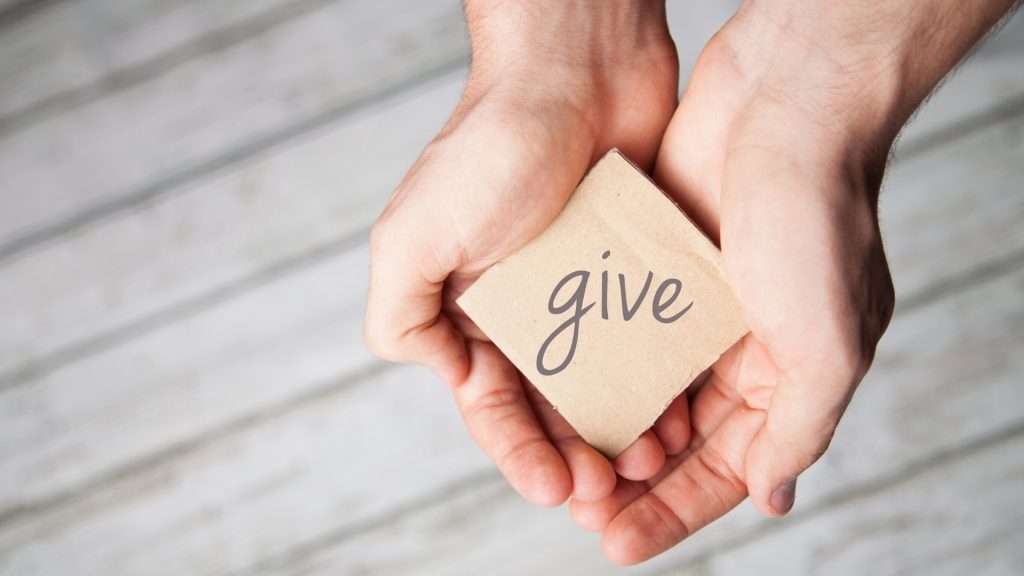 By Tahia Asad of Purple Sheek Media   The core purpose of charity in Islam is to seek Allah’s pleasure and to get our spiritual satisfaction. The one neat thing about giving is that it’s a win-win situation, the recipient, and the giver both benefit in different ways. But what does our beloved Prophet Muhammad […] 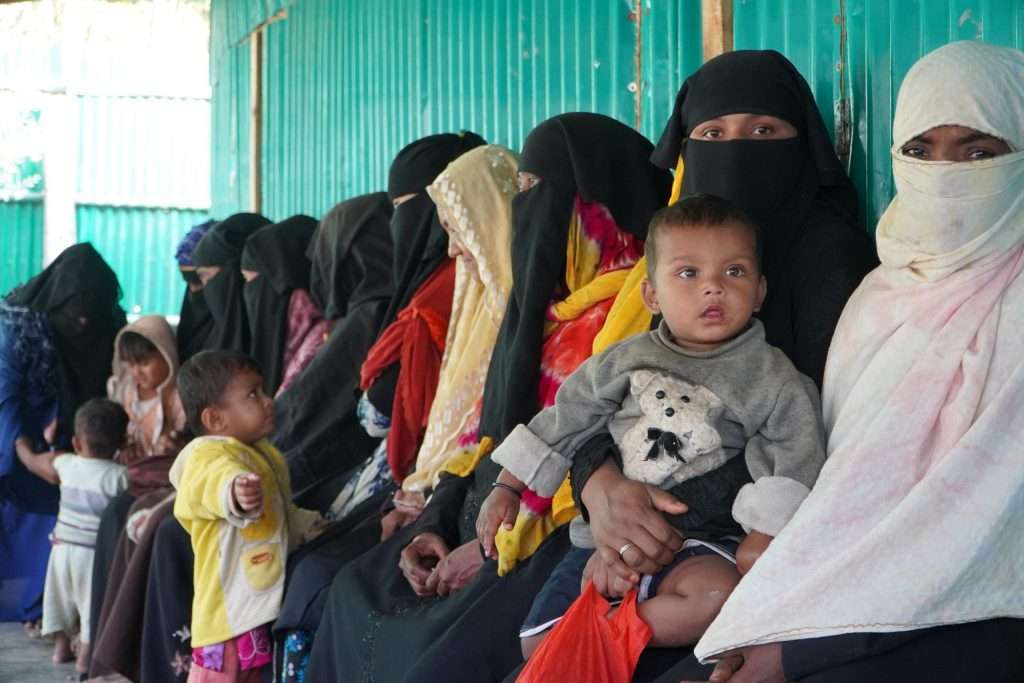 By Tahia Asad of Purple Sheek Media The Rohingya community displaced by conflict are uniquely vulnerable to pandemics. In fact, displaced populations are particularly vulnerable to infectious diseases, and are more likely to die from infectious diseases than anything else. This is because their immune systems are often depleted, often having had limited access to […] 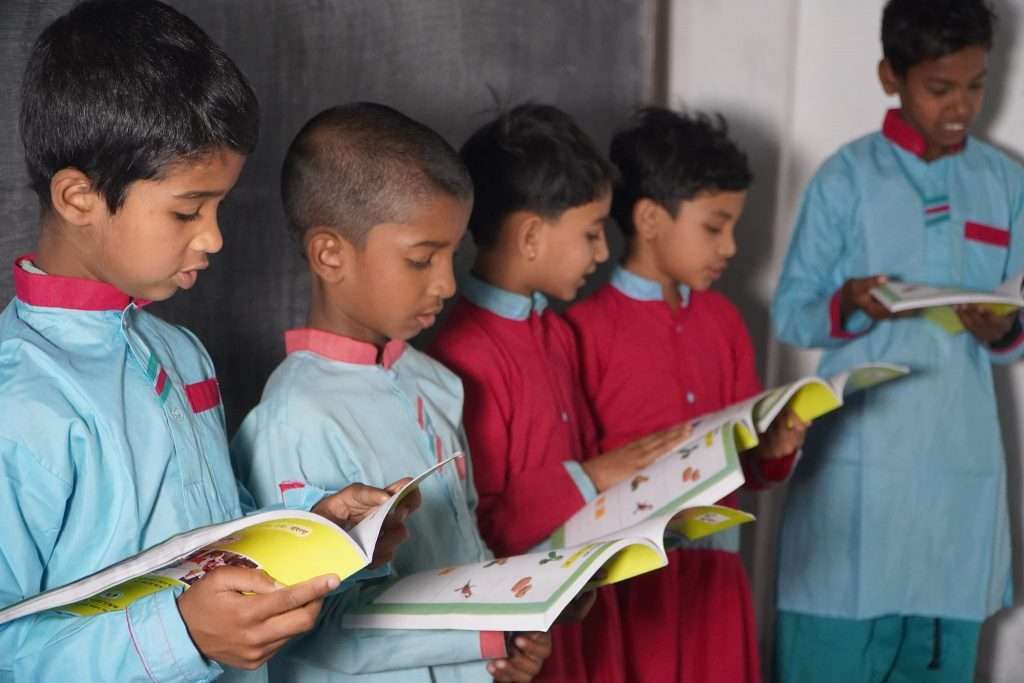 In Islam, many acts can lead to immeasurable rewards – these acts are commonly referred to as Sadaqah. Sadaqah is an act of giving in a recurring way. For example, if you were to invest in building a well, that well would provide clean water to those drinking from it for as long as it […] 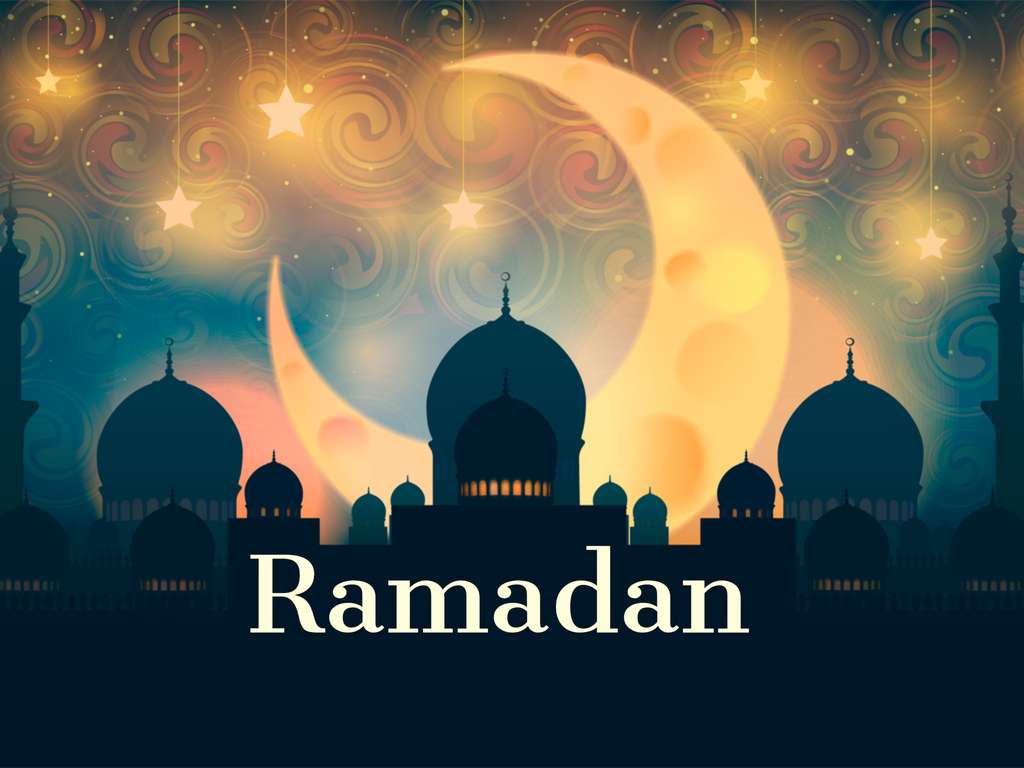 Ramadan is the ninth month in the Muslim lunar calendar. Healthy adult Muslims fast in Ramadan from dawn until dusk. This includes abstaining from drinking, eating, immoral acts and anger. Other acts of worship such as prayer, reading the Quran and charity are also encouraged during the holy month. The fast of Ramadan is two […] 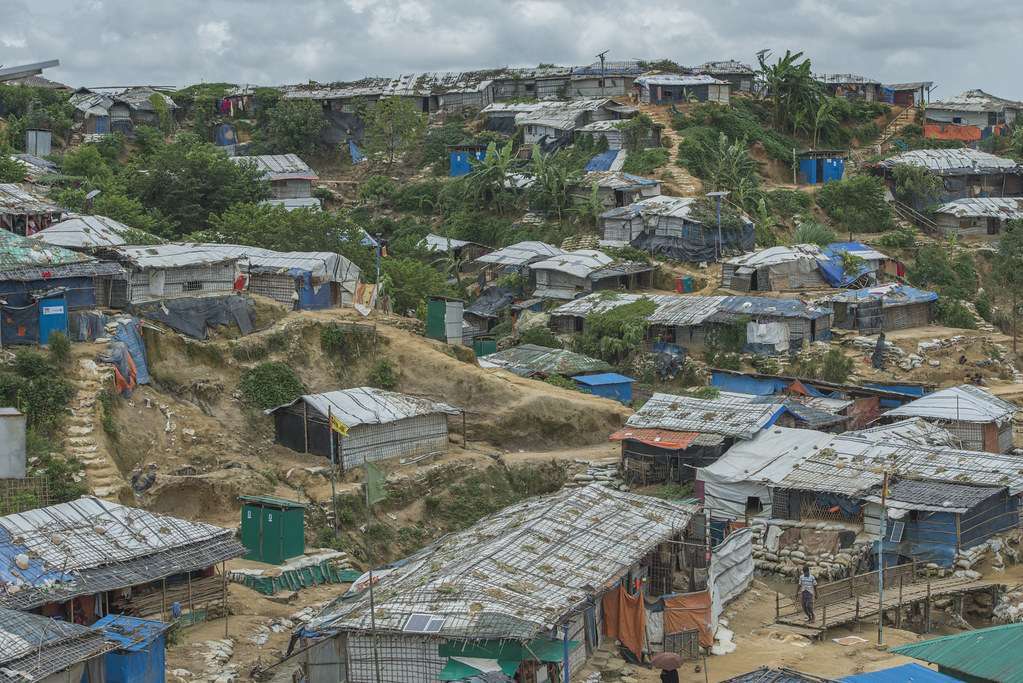 The Havoc the Flood Caused The Rohingya refugee camp is devastated by a sudden flash flood triggered by heavy monsoon rain. The displaced Rohingya community is uniquely vulnerable to environmental conditions at the makeshift camps that are densely clustered around the hills and slopes in Cox’s Bazar in Bangladesh. The flash flood swept away about […] 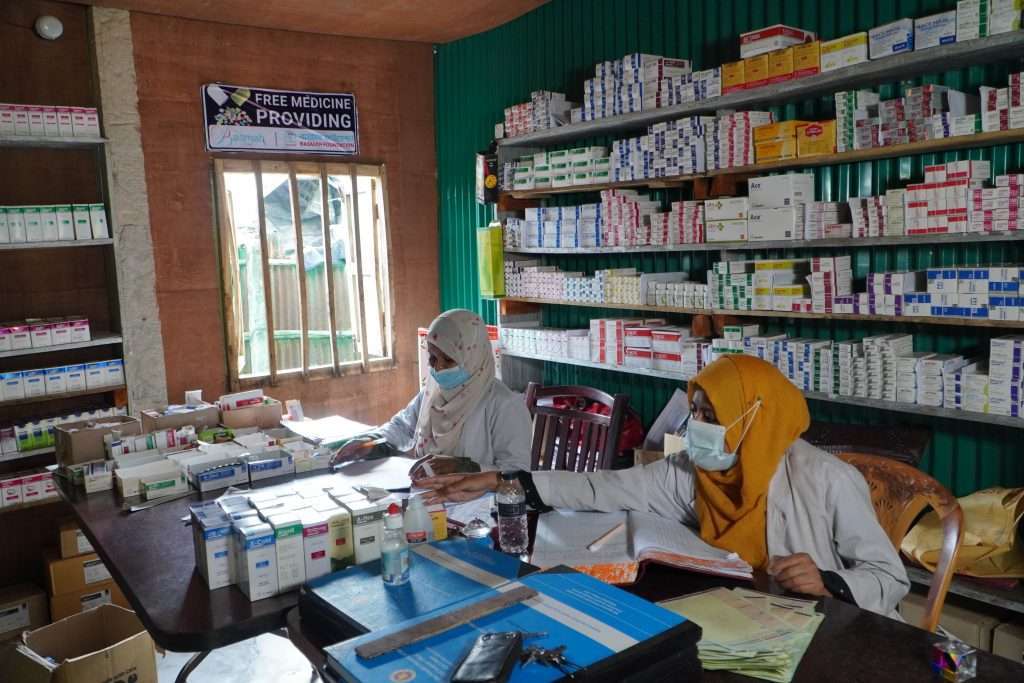 BASMAH Health Clinics are now providing free dental services for the Rohingya refugees. Dental cleaning, root canals, and other critical services are performed by our doctors for the refugees for free. Childcare support and checkups are also done for the mothers with their children. Please continue your support to help us provide these essential services […]

The orphans, poor and helpless children are getting shelters, support and guidance at the BASMAH orphanage and schools. 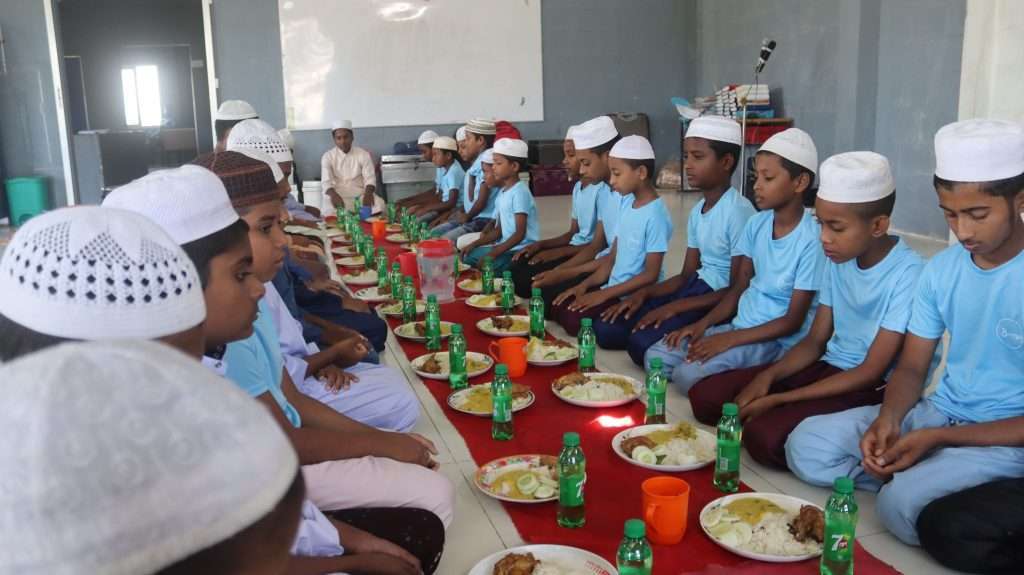 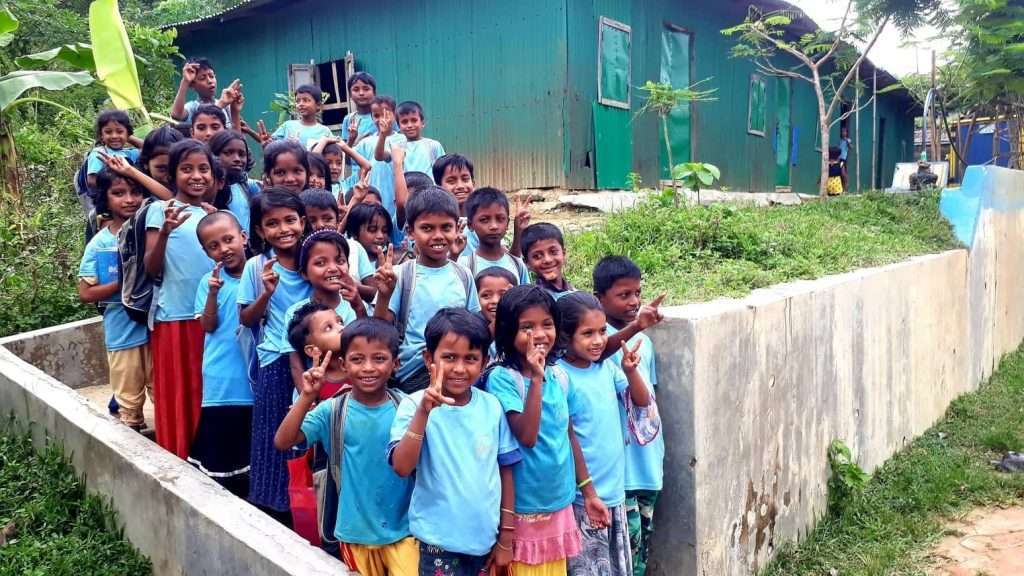